Sota Watanabe, the founder of Astar Network, bagged the ‘Person of the Year’ Award for the second time in a row.

Both Astar Network and Sota Watanabe emerged as the favorites of the Japanese Web3 community in a survey conducted by the Japan Blockchain Association (JBA). The JBA is the largest blockchain association in Japan, consisting of 171 companies including bitFlyer, Coincheck, Microsoft, GMO, EY, Deloitte, PwC, KPMG, Toyota, and ConsenSys.

Sota Watanabe, the founder and CEO of Astar Network, said, “We are delighted to have been recognized by the Japanese Web3 community. As Japan’s leading blockchain project, we remain committed to accelerating Web3 innovation through Astar. In 2023 and beyond, we will leverage our presence in Japan to unlock opportunities for entrepreneurs, developers, and users alike.”

Astar Network is the leading Layer-1 chain in Japan. As a parachain of Polkadot, it enables developers to build interoperable dApps. It supports both EVM and WASM smart contracts with cross-consensus messaging (XCM) and cross-virtual machine messaging (XVM).

As the Japanese government has made Web3 a part of its national strategy, Sota Watanabe is helping the government on the path forward. Sota has also been featured in the Forbes 30 Under 30 for both Asia and Japan. He has also been picked as one of the top entrepreneurs in Japan and graces the cover of the latest edition of the Forbes Japan magazine. 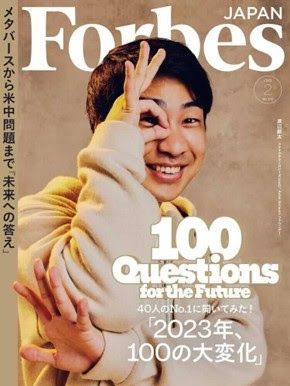 Astar Network is the go-to blockchain for developers and enterprises interested in exploring the Japanese Web3 space. It’s also the first public blockchain from the country to be listed there despite Japan’s strict listing regulations. Astar’s native token ASTR is registered as a cryptocurrency, not a security, by the Japanese government.

Astar Network supports the building of dApps with EVM and WASM smart contracts and offers developers true interoperability, with cross-consensus messaging (XCM) and cross-virtual machine (XVM). We are made by developers and for developers. Astar’s unique Build2Earn model empowers developers to get paid through a dApp staking mechanism for the code they write and dApps they build.

Astar’s vibrant ecosystem has become Polkadot’s leading Parachain globally, supported by all major exchanges and tier 1 VCs. Astar offers the flexibility of all Ethereum and WASM toolings for developers to start building their dApps.