An Australian driver has been slammed after his two dogs were photographed travelling on the open metal tray of his ute without the correct restraints or shelter.

The driver was spotted at the intersection of West Coast Highway and Kirrinyup Road in Trigg, northwest of Perth, with the two dogs tethered to the back.

The picture was shared to Reddit on Sunday, showing the dogs sitting on the metal tray without shelter as temperatures soared in Perth to above 35C.

‘Illegal or not, this is disgusting,’  the user wrote.

The two dogs, believed to be a brown mastiff and a blue cattle dog puppy, were tethered to the ute’s tray by a restraint.

The picture garnered more than 250 comments, with many Aussies agreeing the act was ‘cruel and dangerous’ as the metal tray would be too hot for the dogs.

‘Very illegal hope the owner gets fined and never sees the dogs again,’ one user wrote.

‘The steel tray would be way too hot for these dogs. Poor dogs are going to get burnt feet and burnt bodies if they lay down,’ another person commented.

‘Mastiffs feel the heat, this is cruel as well as dangerous,’ a third chimed.

‘Breaches dogs welfare… the tether for the dog on the left would allow the dog to fall off the tray and [there’s] no non-slip surface on the ute tray,’ a fourth wrote.

The Prevention of Cruelty to Animals Act 1986 prohibits a person from transporting a dog in or on a tray or trailer unless the dog is secured in such a way to prevent it from falling off or being injured.

In Western Australia dogs must be suitably secured by an enclosed transport crate fixed to the vehicle or restrained by a a suitable tether. 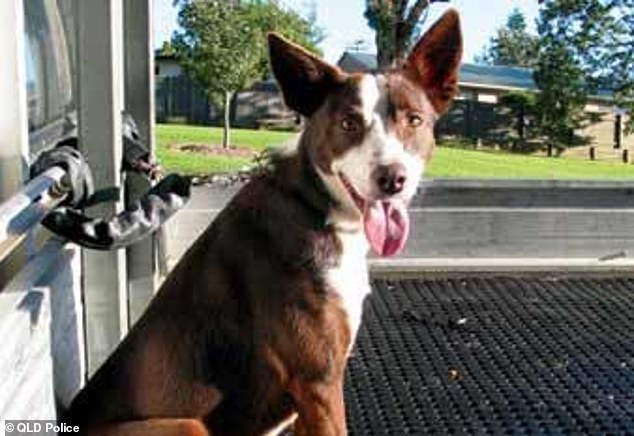 The 2020 Western Australian Standards Guidelines for the Health and Welfare states the length of a tether should allow the dog to stand and lie down but not jump or fall off the tray and should not be a choking chain or one that tightens around the neck.

The guideline also states dogs must be provided adequate shelter during extremes of weather and a non-slip surface and insulated matting when in direct contact with metal surfaces while travelling on the open back of a moving vehicle.

It comes after Dash Cam Owners Australia refused to post a video showing a dog jumping or falling from the tray of a small truck before being run over by another car. 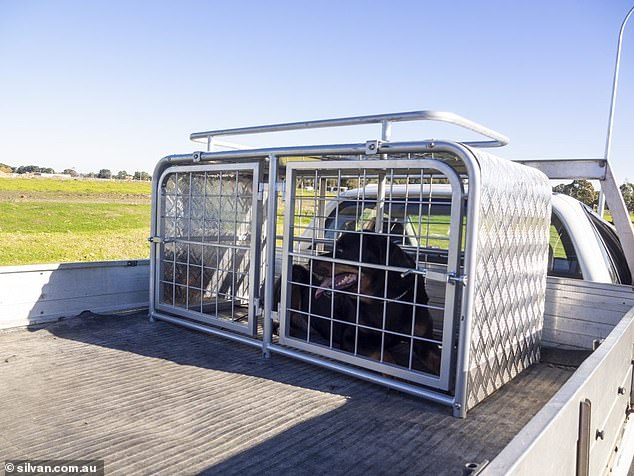 Dash Cam Owners Australia shared the heartbreaking post on Facebook on Sunday urging others to check that their pets are secured when travelling.

‘We won’t post the video due to it being too graphic. But please take the description as a reminder to secure your pets when travelling,’ Dash Cam Owners Australia wrote.

‘Dog jumps or falls from tray of small truck and is run over by oncoming vehicle. Unfortunately the dog did not survive.

‘This was absolutely heartbreaking to witness and highlights the importance of ensuring any animal is tethered so it can’t protrude past the window or tray of the vehicle.

‘The dog owner (driver of the small truck) immediately turned around and came straight back to the scene, understandably he was very distraught and emotional.’