Ethereum rival Cardano, leading smart contract network noted an increase in percentage of ADA token supply held by large wallet investors. Shark and whale addresses, holding between 10,000 and 100,000 ADA, scooped up the Ethereum-alternative over the past month. The price outlook on Cardano is bearish for the next week.

Also read: Ethereum could outshine Bitcoin in 2023 with massive growth in layer-2 transactions

Large wallet addresses have taken dip buying to a new level since the FTX exchange collapse in early November. Wallet addresses holding between 10,000 to 100,000 ADA tokens have scooped up $83 million worth of the altcoin since November 7, 2022.

Cardano price is in a downtrend and the Ethereum-killer is likely to nosedive further. A crypto analyst behind the Twitter handle @21blacky believes it is the ideal time for traders to open crypto shorts. 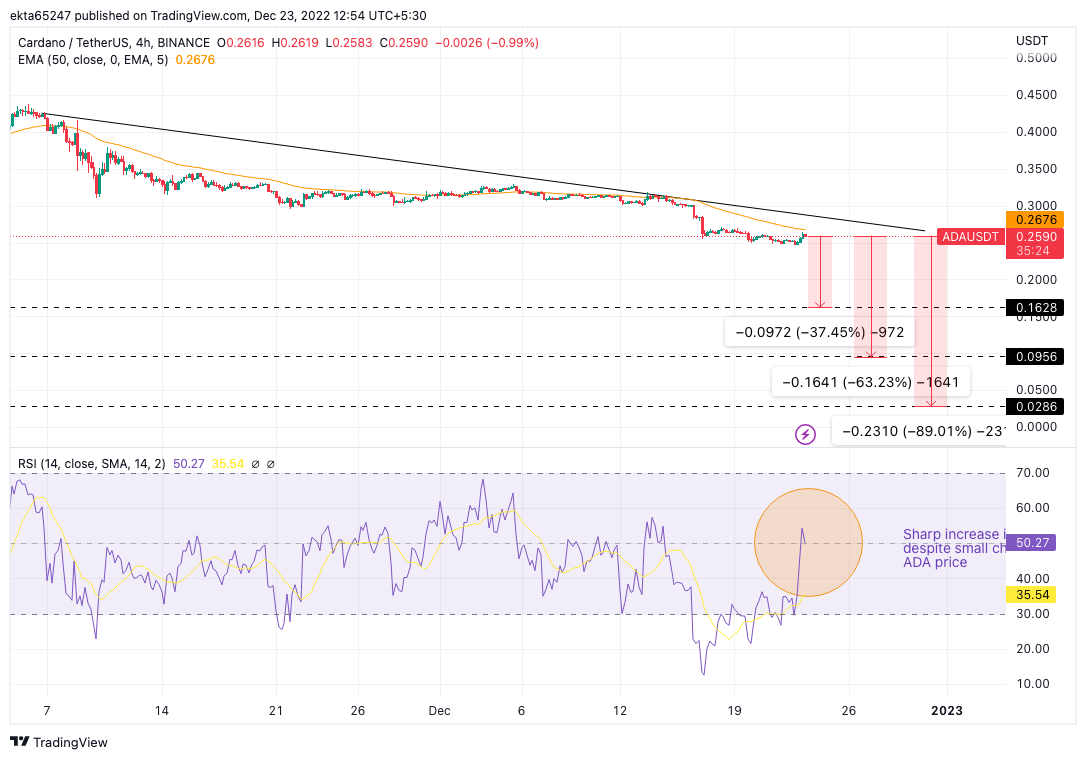 Relative Strength Index, a momentum indicator rose sharply against a small increase in Cardano price signaling that the altcoin is overbought. Downside targets for Cardano are $0.1628, $0.0956 and $0.0286.

If ADA climbs above the 50-day Exponential Moving Average (EMA) represented by the orange line, the bearish thesis would be invalidated. Cardano could witness a bullish trend reversal if it breaks out from its multi-month downtrend.