Ethereum competes with Bitcoin ahead of 2023 with explosive transaction growth

Ethereum, the largest altcoin by market capitalization and the second-largest cryptocurrency is competing with Bitcoin for dominance. Strategists at Blooomberg noted that Ethereum price increased consistently against Bitcoin, despite the bear market.

Mike McGlone, Senior Commodity Strategist at Bloomberg believes Ethereum is the strongest contender to Bitcoin as ETH’s advances v. Bitcoin are unshaken. The Ethereum/ Bitcoin cross rate is 0.08, nearly the same as May 2021 when the Nasdaq 100 stock index was 20% higher. The annual volatility of Ethereum is nearly 1.3 times that of Bitcoin.

Ethereum is expected to outperform Bitcoin in 2023

Interestingly, the selling pressure on Ethereum has decreased as the ETH balances on exchanges declined throughout 2022. ETH exchange balance recently hit a four-month low, according to data from CryptoQuant. 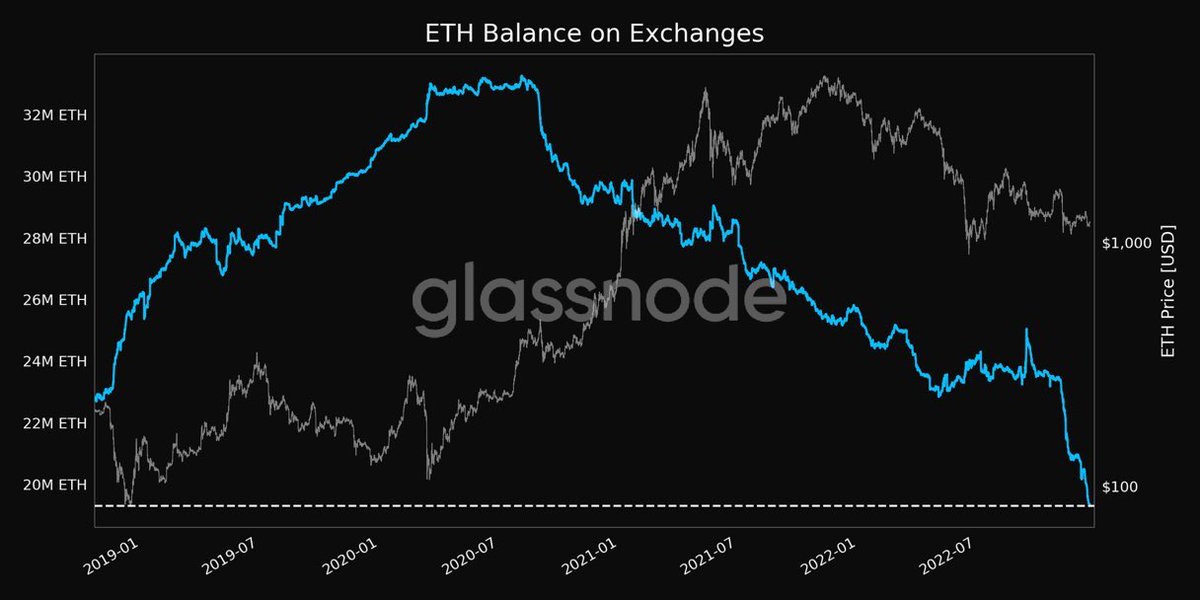 Large wallet investors on the Ethereum network scooped up the altcoin at the fastest rate in history in W4 of November 2022. Based on data from CryptoQuant, key Ethereum whale addresses holding between 100 and 100,000 ETH tokens scooped up 2% of the total supply within three weeks in November 2022. 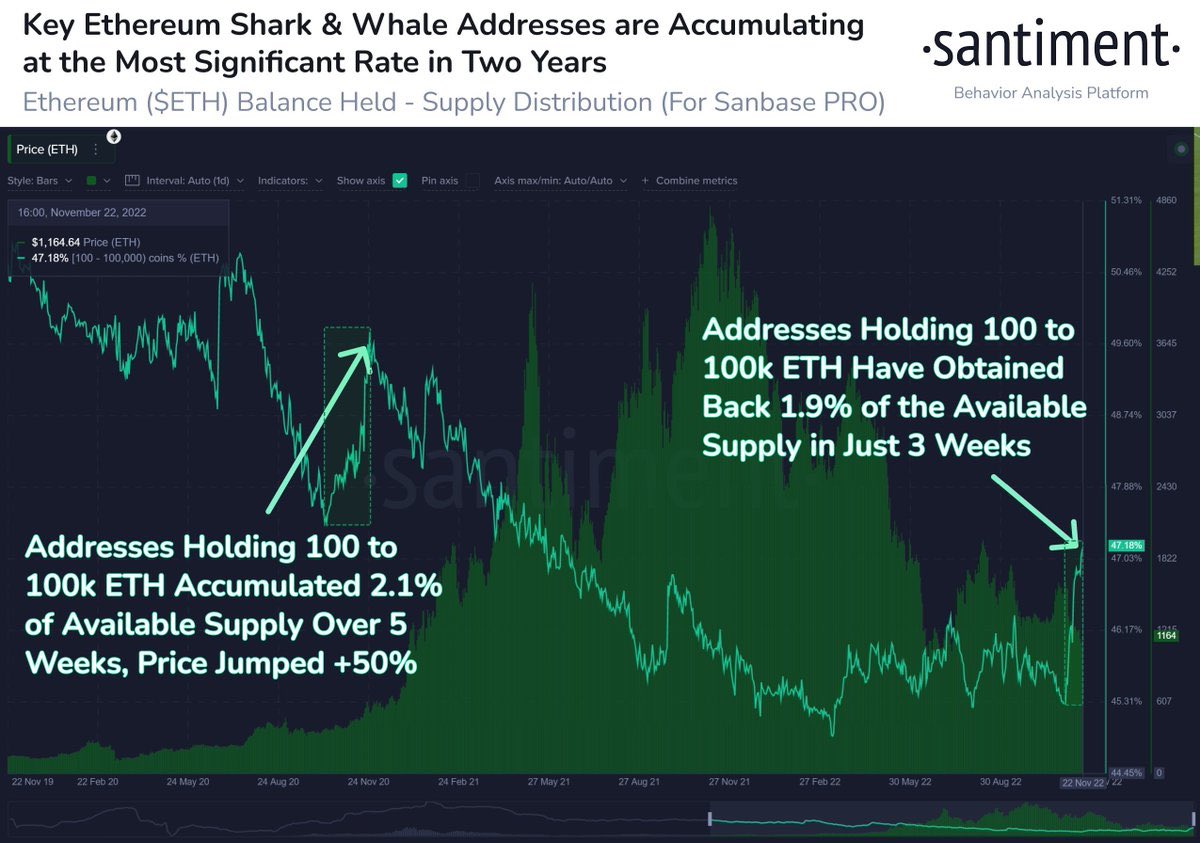 One of the key factors contributing to the altcoin network’s unprecedented growth against Bitcoin is the massive spike in transactions. In the last two months, ETH layer-1 and layer-2 together processed 152 million transactions of which layer-2 solutions Arbitrum, Optimism and others accounted for 58%.

Ethereum price is on track to hit the bullish target of $1,286

Analysts evaluated the Ethereum price trend and predicted a bullish breakout in ETH. The altcoin is currently changing hands at $1,212 and analysts believe the asset has potential to hit the target of $1,286. 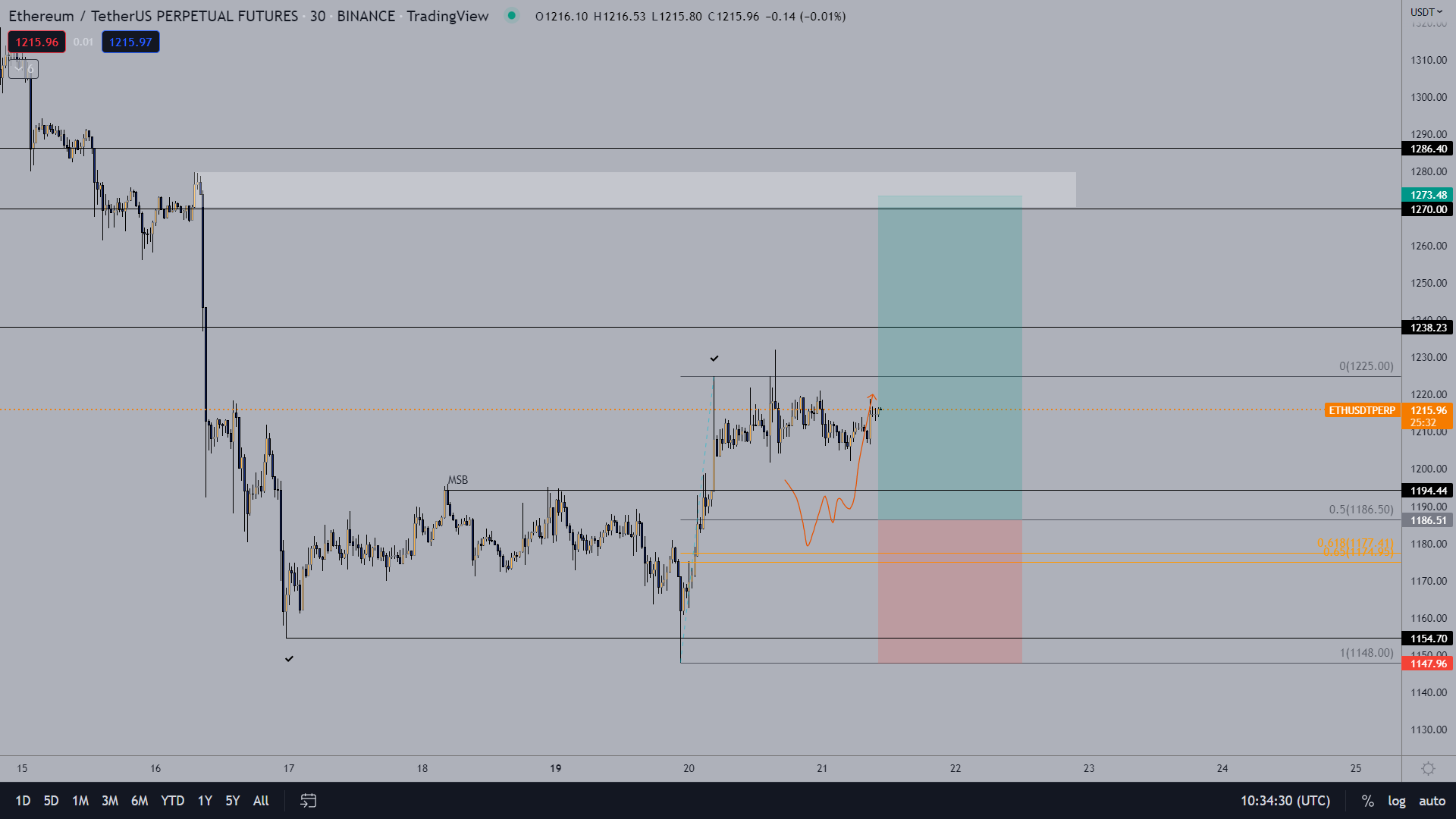 In the chart above, technical analyst Phoenix_Ash3s predicts a rally in ETH. The expert believes ETH could climb higher crossing resistances at $1,238 and $1,270.

A decline to the 61.8% Fibonacci extension level at $1,177.41 could invalidate the bullish thesis for the asset’s price.