Disclaimer: The information presented does not constitute financial, investment, trading, or other types of advice and is solely the writer’s opinion

Polkadot has soared past the $4.35 resistance and broke the lower timeframe bearish market structure a few days ago. The asset hasn’t looked back since and went on to post gains of almost 7% since then.

Can the bulls continue to assert their will on the market, or were the bears biding their time before striking back? At press time, the latter appeared likely. In either case, the $5 mark would be crucial.

The Relative Strength Index (RSI) headed into overbought territory above 70 to indicate strong bullish momentum. However, the RSI did not yet signal a divergence or weakening bullish momentum. The DMI also showed a strong uptrend in progress. The +DI (green) was above 20, as was the Average Directional Index (ADX) line, which showed a significant upward trend in the past few days.

The Bollinger Bands (BB) saw a large expansion recently as well, indicating high volatility. The price has stuck to the upper band of the indicator. It appeared likely that the price would retest $4.66 as support and continue higher.

The higher timeframe charts such as the daily chart noted $4.7 to be an important level of resistance, with $5 as the next northward level of interest. There was also a fair value gap toward $5 as DOT plummeted rapidly through this area during the sell-off on December 16. Could DOT fill this inefficiency before a move downward once more? 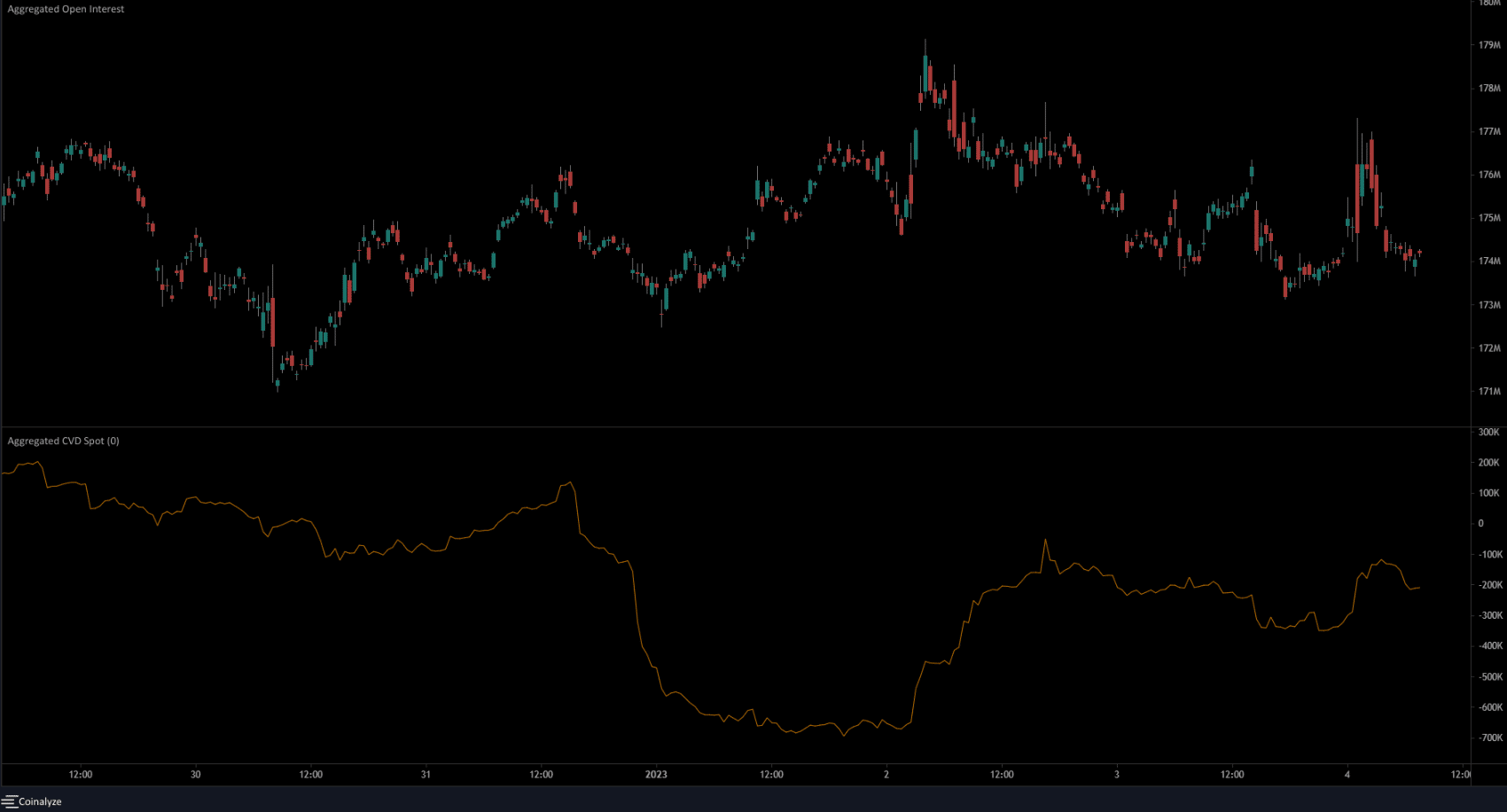 Data from Coinglass showed Bitmex and Binance have slightly positive funding rates on the DOT/USDT (or USD) pairs. This meant traders were bullishly positioned. The OI decreased in the past few hours, even as the price soared. This likely indicated long positions closed. The spot CVD has risen over the past two days as well.